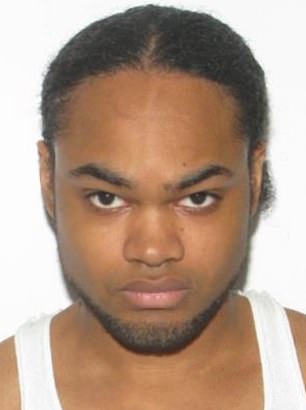 Andre Bing, the Walmart gunman who massacred six people inside the Virginia store where he worked had a manifesto on his phone – where he revealed he was upset about a change in his employment status

A devastated friend of one of the Walmart mass shooting victims has branded the killer an ‘evil’ man who ‘pre-planned’ the slayings – by writing down a kill list of his co-workers and ranting about them in a paranoid suicide note.

Ronald Johnson, 49, paid tribute to his friend Brian Pendleton, 38, who was one of the six people murdered by Andre Bing during the superstore massacre in Chesapeake, Virginia on Tuesday.

Johnson, who previously worked at the same Walmart and lives in the Chesapeake area, said he considers Brian a ‘brother’ and had also met 31-year-old Bing – who he claims was ‘targeting managers’ at the company.

He told DailyMail.com he had known Pendleton for more than 15 years and that he was a ‘wonderful’ and ‘funny’ man who did ‘anything for anyone’ – adding…