Tucker Carlson has used his eponymous Fox News show to slam a group of liberal TV reporters whom he claims have been using their reports to ‘blame right-wing media outlets’ for ‘radicalizing’ the Colorado Springs gay bar shooter.

‘This is a man who was radicalized by this show and by the Twitter account Libs of TikTok to hate transgendered people and that’s why this man walked into a bar, a gay bar, with a gun, and started murdering people,’ Carlson said, tongue firmly in cheek during Wednesday night’s monologue.

He was able to gently mock because earlier in the day a requested emerged from the lawyers of 22-year-old Anderson Lee Aldrich to be referred to using they/them pronouns, because they are said to be non-binary.

CNN delivered the news to stunned silence before proceeding to report on the shootings and Aldrich’s alleged involvement using male pronouns. 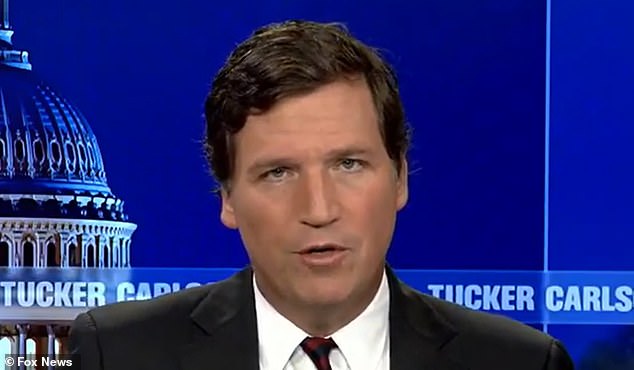