Kyrie Irving scored 19 of his 29 points in the third quarter, Nic Claxton had 14 points and 12 rebounds, and the Brooklyn Nets beat the short-handed Toronto Raptors 112-98 on Wednesday night.

Toronto held Kevin Durant to 12 points but still lost to the Nets for the fifth time in seven meetings after winning 21 of the previous 25. 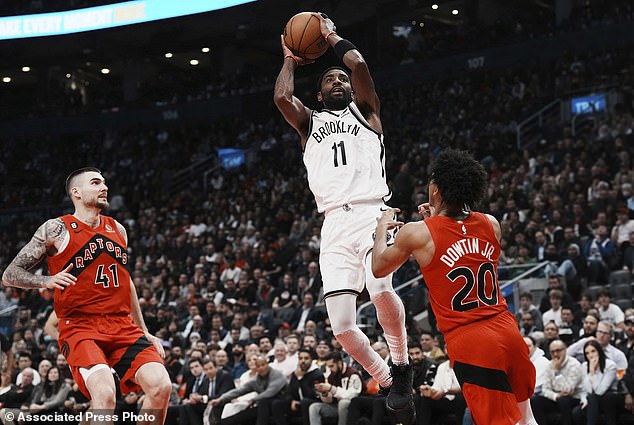 Royce O´Neale made a career-high five 3-pointers and scored 15 points, and Ben Simmons had 14 for the Nets, who bounced back after losing Tuesday at depleted Philadelphia, which was missing Joel Embiid and James Harden.