Controversial Canadian psychologist Jordan Peterson has given a speech in Parliament House to conservative MPs including Scott Morrison.

Dr Peterson, who is in Australia for a speaking tour, addressed a ‘packed’ room of politicians and their staff in a committee room on Thursday.

Liberal National senator Matt Canavan sent out a low-key invitation earlier in the day for the lunchtime event and security was posted at the door. 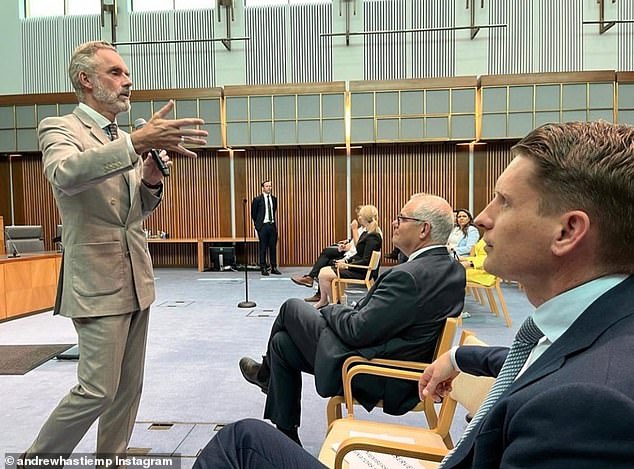 Controversial psychologist Jordan Peterson has given a speech in Parliament House to conservative MPs including Scott Morrison in the front row, Jacinta Price (background) and Andrew Hastie (right)

One Nation senators Pauline Hanson and Malcolm Roberts were also believed to have shown up to the event.

‘Democracy is about the contest of ideas. You don’t have to agree with everything that people say but you have to be…