The Princess of Wales and other female members of the Royal Family paid a touching tribute to the late Queen at last night’s state banquet.

While Kate stunned onlookers with her white dress and sparkling tiara, many found their eyes drawn to a yellow brooch pinned on her chest.

The curious item of jewellery showed a portrait of a young Queen Elizabeth II wearing an evening dress with a ribbon and star of the Order of the Garter.

The object was pinned below the Princess’s left shoulder with a yellow ribbon, with Camilla, Queen Consort, and Sophie, Countess of Wessex, following suit.

The brooches are a sign that the wearer has been made a part of the Royal Family Order, an honour gifted to female members of the Firm by the monarch.

A total of 15 women were granted the honour by the late Queen, which is thought to have been first introduced by George IV in the 1800s as women in the royal court typically did not have the commemorative medals that men do. 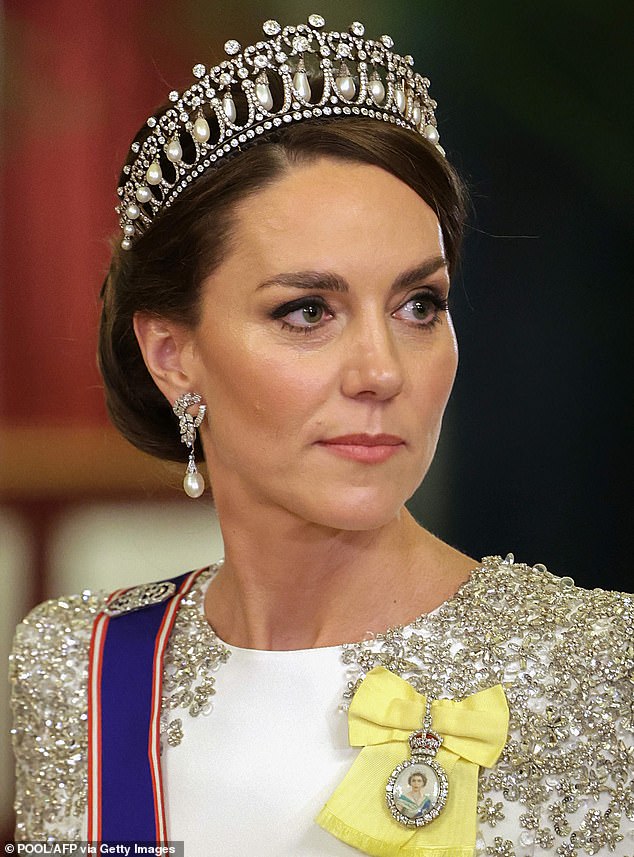 The Princess of Wales…