The American influence in English football has never been greater. Four of the big six Premier League clubs are US-owned. So are Fulham and most of Crystal Palace, part of Aston Villa and almost half of Leeds.

At Elland Road, where Wisconsin-born Jesse Marsch is in charge, they spent £25million on Brenden Aaronson, a 22-year-old from New Jersey hailed as the ‘Medford Messi’.

Christian Pulisic, the most expensive American player, has won the Champions League and Club World Cup since joining Chelsea for £58m. 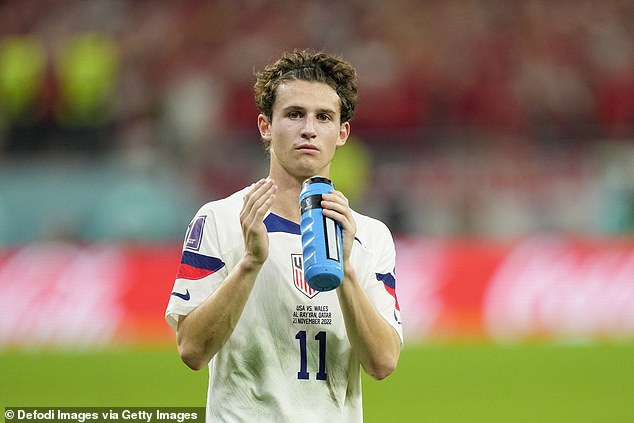 Brenden Aaronson, a 22-year-old from New Jersey, has been hailed as the ‘Medford Messi’

Major League Soccer (MLS) is thriving, the USA will co-host the next World Cup in 2026 and, after their shock failure to qualify four years ago, they returned to the biggest stage with a…