An iconic Sydney activist has been left unable to speak properly after a violent ‘unprovoked’ arrest left him with a brain injury.

Danny Lim, 78 – famous for walking around Sydney wearing sandwich style boards telling people to ‘smile’ – was forced to the ground by two NSW Police officers in the city’s Queen Victoria Building shortly before 11am on Tuesday.

The incident was captured on camera by a shocked bystander. Police ‘discontinued’ their arrest after Mr Lim’s head cracked against the tiled floors, leaving him with a blackeye and a bloody cheek.

Mr Lim, who weighs just 50kgs, was then rushed to St Vincent’s Hospital. Daily Mail Australia can reveal he has not been able to communicate properly – a common symptom of serious brain traumas – since the injury. 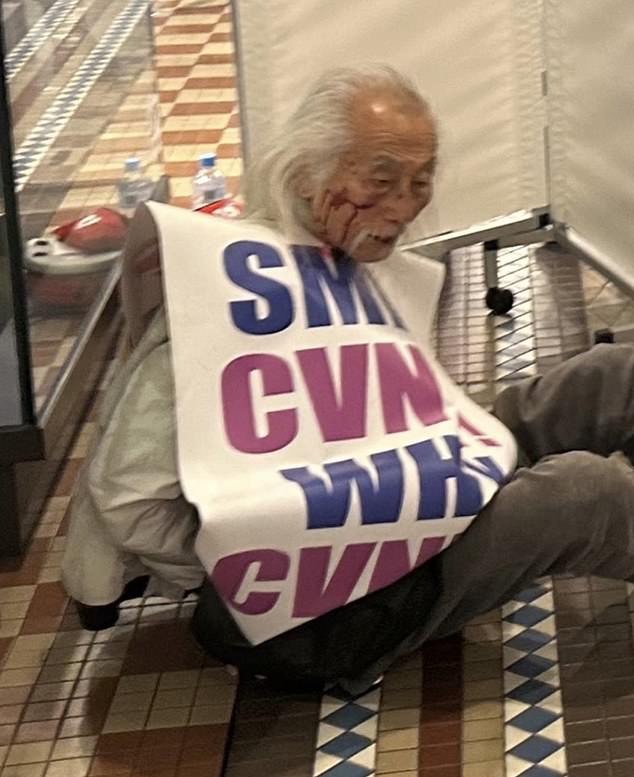 Sydney activist Danny Lim, 78, was left with a brain injury after a violent arrest in the CBD’s Queen Victoria Building (pictured, Mr Lim immediately after the arrest) 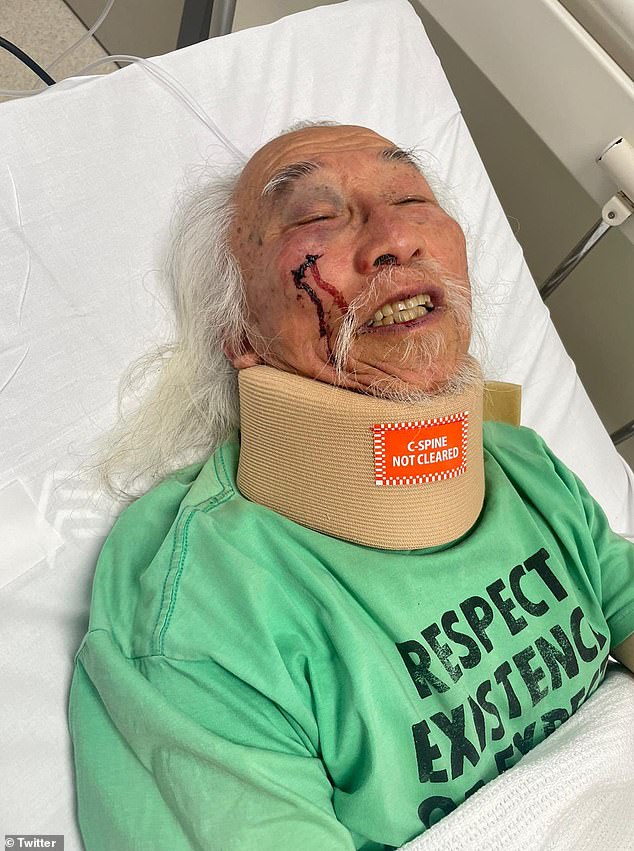