A Qatari academic has slammed an American sports journalist who faced hostility from security guards for wearing a rainbow shirt to a World Cup match in the Gulf State.

Grant Wahl donned a shirt that featured a soccer ball with the colours of the rainbow in support of the LGBTQ community when he tried to enter Ahmad Bin Ali Stadium in Al Rayyan for the United States versus Wales match on Monday.

But he was instantly stopped by guards at the stadium’s media entrance who ‘aggressively demanded’ he take off his shirt. He claimed one guard told him: ‘You have to change your shirt. It’s not allowed.’

The incident led to international uproar – but was defended by outspoken Qatari academic Dr Nayef bin Nahar, who said he was ‘proud of what happened’ and argued that Western values are not ‘universal’. 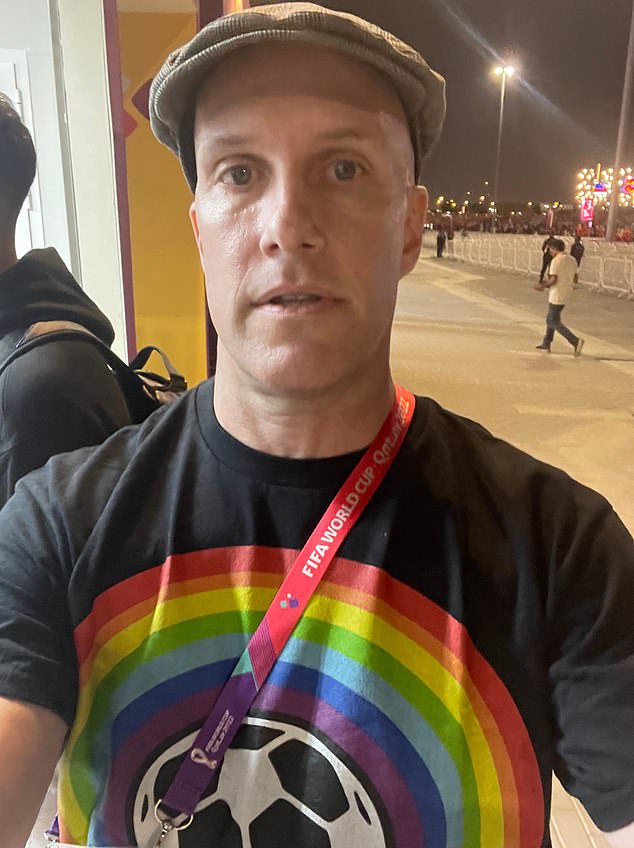 US sports journalist Grant Wahl (pictured) was initially refused entry to a World Cup match in Doha, Qatar and had security guards ‘aggressively demand’ he remove his rainbow…