Striking pictures have laid bare what it’s really like inside the brutal world of bare-knuckle pit fighting – from gory injuries to victorious celebrations.

The incredible black and white portraits show bare knuckle fighters in the ring, training and posing before and after matches.

They were taken in various locations across the north of England, from Bradford to Manchester and Oldham, from 2020 to this year.

Savage fights allow boxers to settle feuds without the risk of going to prison – with it described as ‘doing boxing the old school way’. 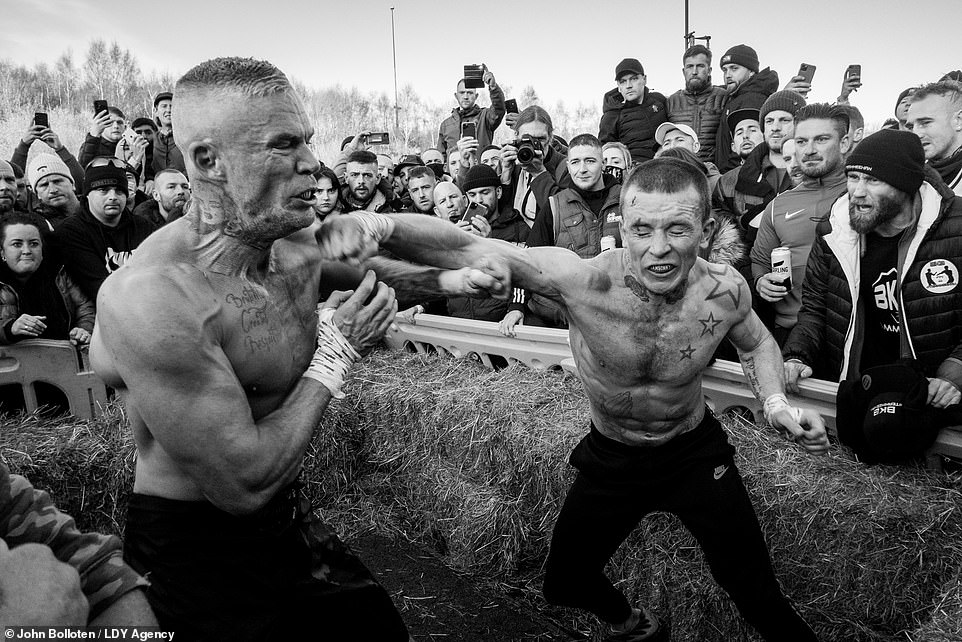 Striking new pictures have laid bare what it’s really like inside the brutal world of bare-knuckle pit fighting. Pictured: Billy Braud takes on Tony Meehan at a bare knuckle pit fight in Manchester in 2020 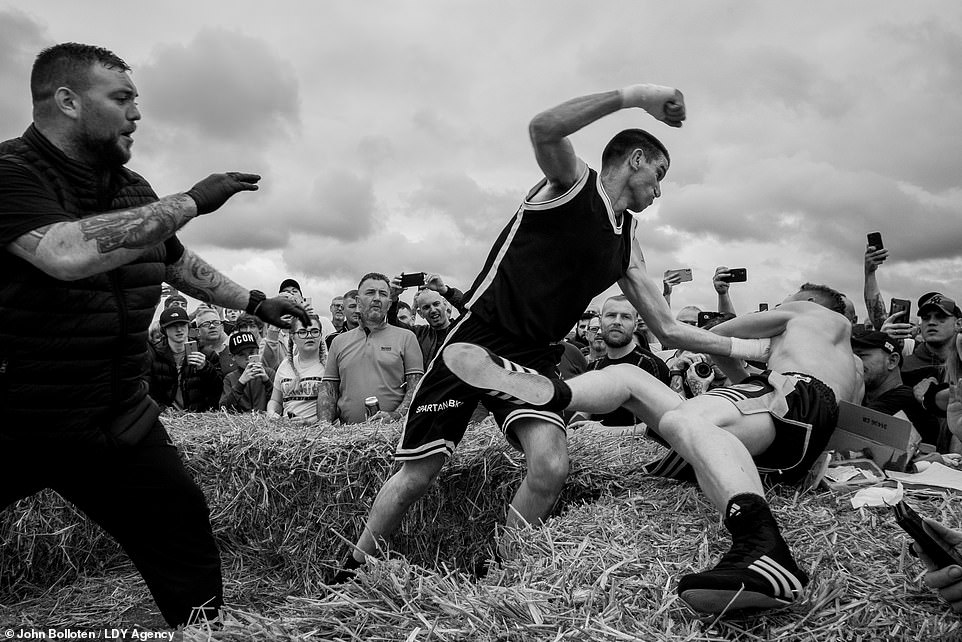