Council chiefs have been slammed for ‘wasting’ more than £10,000 of taxpayers’ cash on a 150m-long cycle lane which is littered with obstacles.

The bike route in Worcester has been blasted by cyclists who are forced to zig-zag around numerous hazards.

Riders have to negotiate a lamppost, a tree, bins and a speed camera right through the centre of the cycle lane next to a busy main road.

It has now emerged Worcestershire County Council spent £9,195 on the lane, including £5,000 painting white lines and installing bollards. 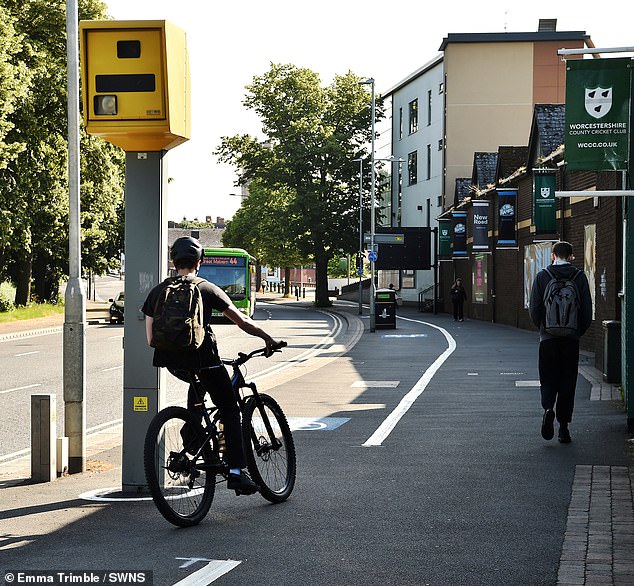 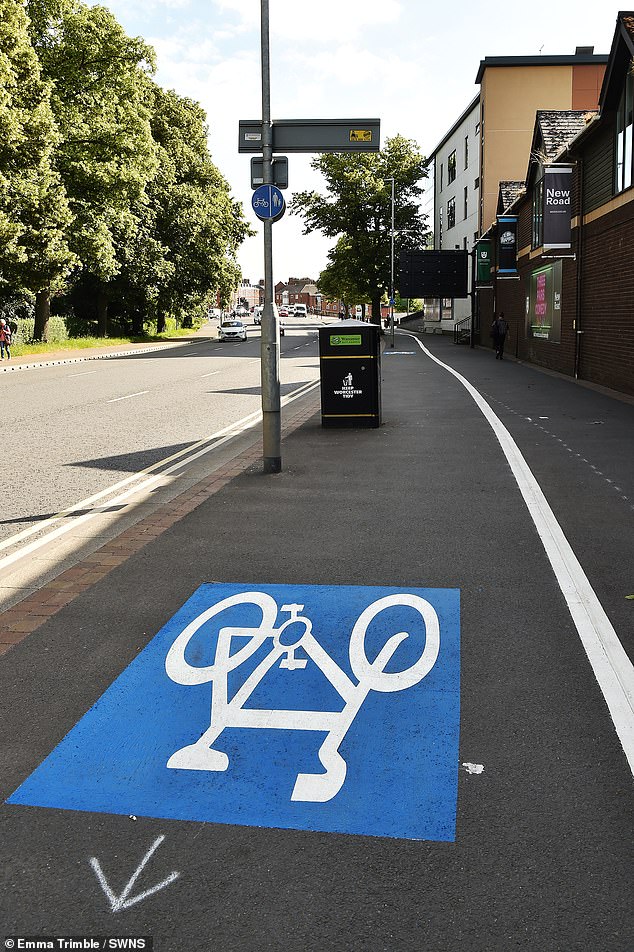 Despite attempting to encourage travellers to ditch their cars, the council have not made it easy for cyclists, who have to dodge a number of obstacles along the way into the city centre

A further £3,000 of taxpayers’ cash was spent closing part of New Road for…