The widow of tragic pop star Tom Parker has sought solace with a new man as she comes to terms with life without Tom, MailOnline has learned.

Mother-of-two Kelsey Parker, 32, has been mourning her husband, The Wanted star Tom, since losing him to cancer eight months ago and admitted recently that life on her own was ‘tough’.

But friends are pleased that actress Kelsey is looking forward and is in the early stages of a relationship with electrician Sean Boggans, 39, after meeting him recently. 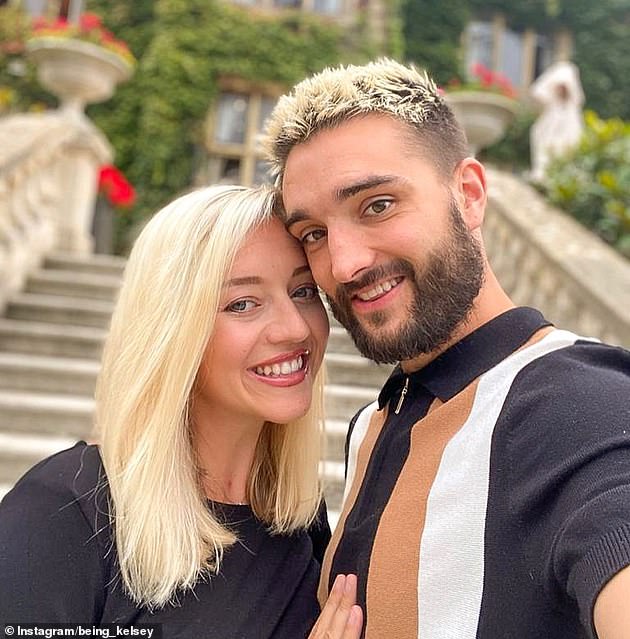 EXCLUSIVE: Kelsey Parker is in the early stages of a relationship with an electrician she met in Greece – nine months after losing beloved husband Tom, (pictured) to brain cancer aged 33

‘It’s very early days and no-one knows what the future will bring, but for now, Kelsey is happy that someone else has come into her life,’ said a source.

Kelsey and Sean, a father-of-two, are believed to have met when she took a break with friends in Lindos, Rhodes, in September.