The outspoken Country Liberals senator criticised the government for failing to deliver practical outcomes that improve the lives of Indigenous Australians.

Senator Price said she’d had enough of being ‘symbolically recognised’ and explained First Nations people wanted to be recognised and respected by their character rather than their race.

‘Throughout Australia, the reinvention of culture has brought us welcome to country or recognition of country… I personally have had more than my fill of being symbolically recognised,’ Ms Price wrote in an essay for The Australian on Friday.

‘It would be far more dignifying if we were recognised and respected as individuals in our own right who are not simply defined by our racial heritage but by the content of our character.’ 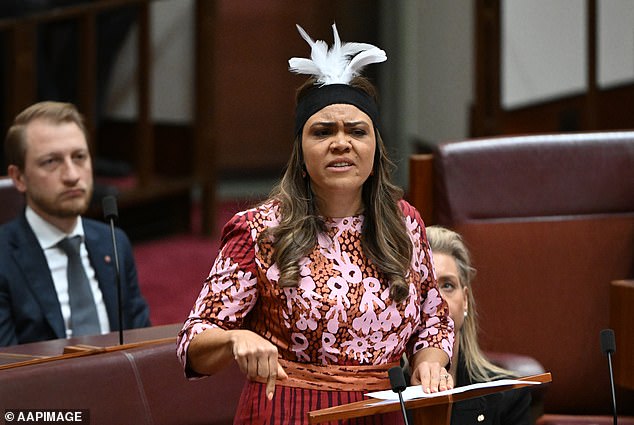