Paramedics have detailed the ‘chaotic’ scene they were called to when 11 children and one teacher were rushed to hospital with burns after a science experiment went ‘horribly wrong’.

The experiment, conducted outside using sodium bicarbonate, sugar and methylated spirits, sparked an explosion at Manly West Public School in Balgowlah, on Sydney’s northern beaches, at about 1 pm on Monday.

Eleven Year 5 students and a male teacher were injured, with two children suffering severe chemical burns to their chest, upper body, and face.

One child received care from a specialist medical team onboard on an ambulance, while the other was transported via a CareFlight helicopter.

NSW Ambulance Inspector Mark Whittaker and paramedic Madolyn O’meara, said the children were all ‘doing well’ on Tuesday morning and are on the road to recovery. 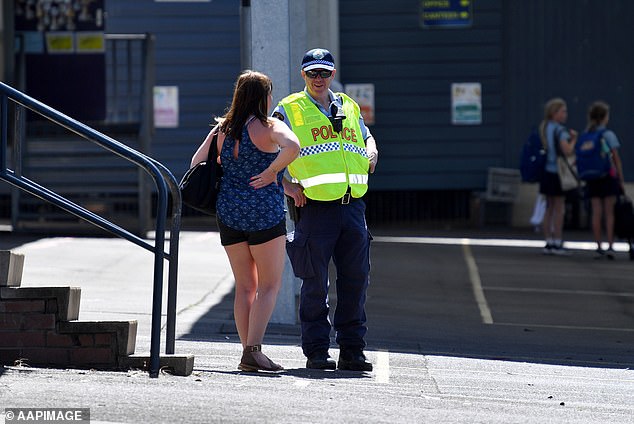 An experiment sparked an explosion at Manly West Public School in Balgowlah, in Sydney’s northern beaches at about 1pm on Monday, with police and…