Chaos struck the World Cup’s fan zone in Doha, Qatar on Sunday as 80,000 fans tried to pack into the venue when it can only accommodate less than half that number.

The enclosed area in Al Bidda, central Doha, contains one big-screen television for viewing matches and places to buy beer – and given the dearth of other options in the expensive Arab city, it was a very popular option for fans.

So many supporters arrived during the opening game of the Cup that riot police armed with batons and shields were forced to keep the crowd crush at bay, standing guard at the entrance and repeatedly refusing requests to let people in after the fan zone was closed. 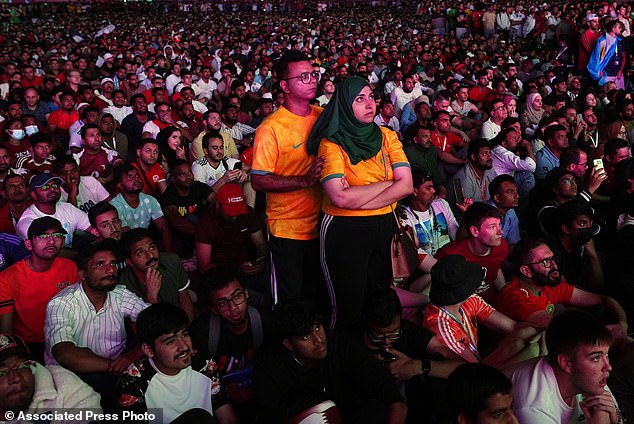 A pair of keen Socceroos fans stand at the packed fan zone in Al Bidda, central Doha, where the venue’s capacity of 40,000 was…