‘Five minutes into the World Cup, are you KIDDING?!’: Fans rage at Ecuador’s bizarre disallowed goal against Qatar for offside in the early stages of the tournament opener

Supporters were left bewildered after Ecuador had a goal ruled out for offside in the early stages of the World Cup opener against hosts Qatar.

Enner Valencia thought he had scored the first goal of the tournament with a header but following a VAR check the effort was ruled out for offside.

However, many fans felt that the decision to disallow the goal was incorrect. 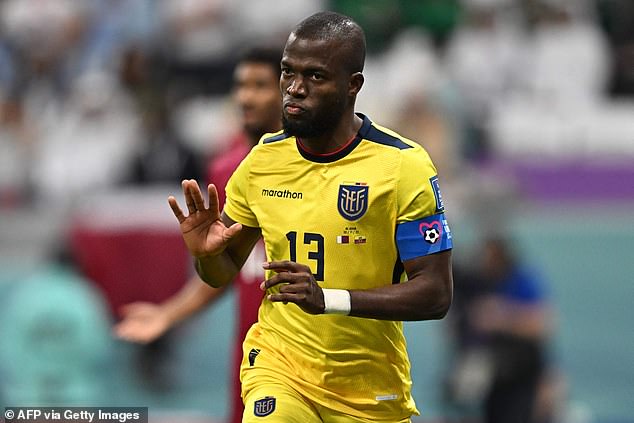