‘White men’ demonstrating against violence towards women on the United Nations’ anti-abuse day have been slammed by a campaigner for ‘stealing’ the occasion and ‘erasing an event connected to Hispanic women’.

White Ribbon Day, a protest day created by men to promote ending male violence towards women, is held on November 25.

It was formed by a group of pro-feminist men in Ontario in 1991 after Marc Lépine shot dead 14 female students at the École Polytechnique in Montreal on December 6, 1989.

But the date is also home to the UN International Day for the Elimination of Violence against Women – born out a day of protest for the Mirabal sisters, who were murdered in the Dominican Republic in 1960.

Karen Ingala-Smith, chief executive of domestic violence charity Nia, said: ‘That was honouring women of colour, so we’ve got a bunch of white Canadian men stealing the day, and erasing an event connected to Hispanic women. 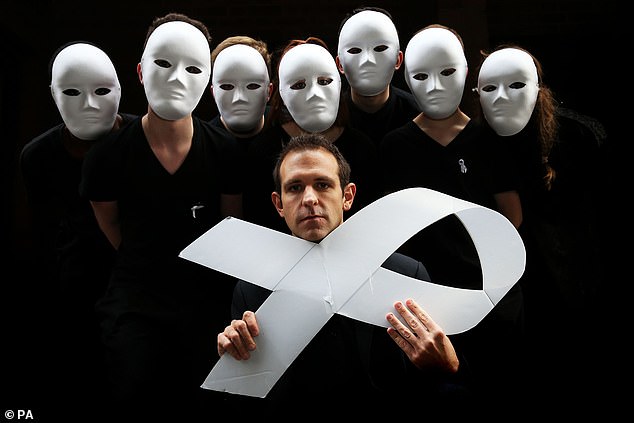 White Ribbon Day, a protest day created by men to…