A Victorian Liberal candidate called Indigenous land rights ‘bollocks’ and said that if everything has to be Aboriginal we might as well ‘get our camping chairs and live in the desert’.

Timothy Dragan also said in leaked recording that he would ban abortion, which he argued was ‘murder’, and would cross the floor to vote down climate change bills.

Mr Dragan, who is contesting the traditionally safe Labor seat of Narre Warren North in Melbourne’s south-east, claimed people in his electorate ‘do not care about climate change’. 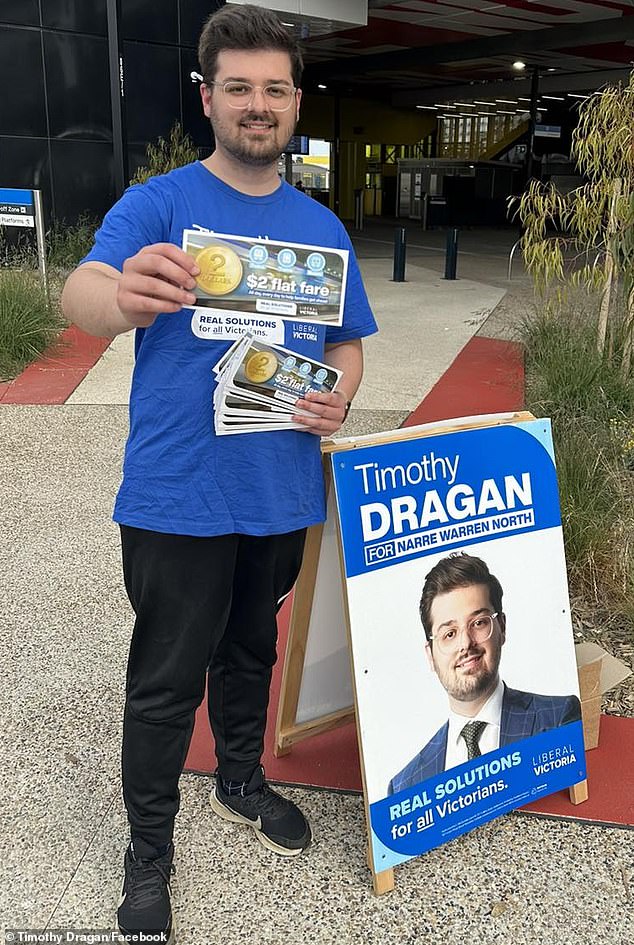 Liberal Victorian state election candidate Tim Dragan has been recorded expressing ultra-conservative views, including that land rights are ‘bollocks’ and that abortion is murder

He said if the Liberals wanted ‘clean’ energy, then nuclear was a better option and its waste could be dumped in the Northern Territory Outback, ‘near Alice Springs’.

Mr Dragan also hit out at fellow Liberal Brad Battin, who holds the neighbouring seat of Berwick, calling him…