Ryan Giggs was spotted attending Salford’s League Two clash with Carlisle on Saturday afternoon while Wales were preparing for their opening game of the World Cup in Qatar.

Giggs – who is facing a retrial for allegedly attacking his ex-girlfriend – was pictured watching Salford lose 4-1 to Carlisle alongside Nicky Butt at the Peninsula Stadium.

Meanwhile, Robert Page’s Wales squad have been undergoing training sessions in Qatar as they prepare for their opening game of the 2022 World Cup against the USA tomorrow. 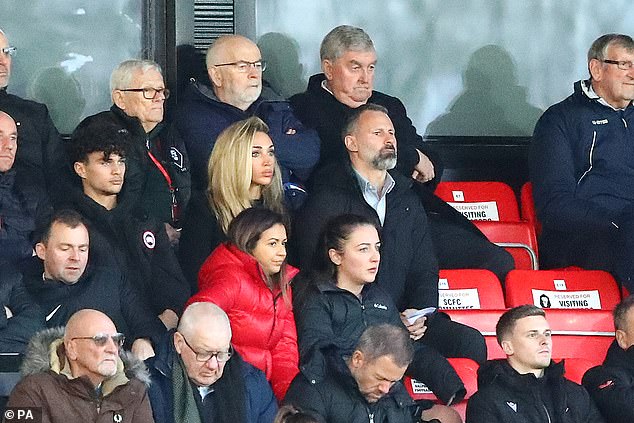 Giggs – who is part of the ‘Class of 92’ ownership group at Salford City – was also pictured alongside his new model girlfriend Zara Charles on Saturday.

The pair were seen…