Families have unleashed on a ‘hotel from hell’ they claim is riddled with mould, cockroaches and an unbearable odour.

Dozens of guests staying at the Pacific Gardens Hotel in Wamberal, on NSW’s Central Coast, claim the place was run down and covered in ‘black mould’, with one dad claiming his two kids broke out in a rash after staying there.

Guests have also claimed mattresses were stained, springs would stick out of them, and there were no fly screens on the windows to keep mosquitoes out.

One guest Taz, who has been living in the hotel with his partner and children for months due to the low availability of rental housing in the area, said he’d forked out $700 a week to stay there.

He labelled the hotel a ‘dump’ and the ‘hotel from hell’.

‘My son’s actually broken out in a rash, all over his body and so has my daughter,’ he told A Current Affair. 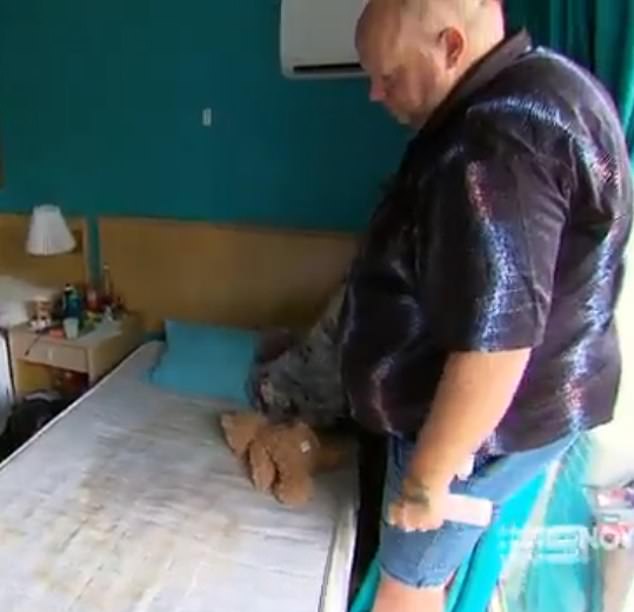 Guests at a NSW hotel have claimed the place is run down, with stained mattresses and riddled with cockroaches