The military medals of a teenage WWI pilot, who later became the first person to fly non-stop from Britain to India, are expected to fetch £30,000 at auction next week.

Squadron Leader Arthur Gordon Jones-Williams was awarded the Military Cross in July 1917, aged just 18, for attacking 12 German aircraft all at once and succeeding in destroying one and driving down another.

Showing ‘utmost dash’ and ‘the finest offensive spirit’, he repeated the act again weeks later, for which he was awarded a Bar to his Military Cross.

The citation for the award read: ‘On several occasions he attacked enemy formations although they were in superior numbers, fighting them in more than one instance single-handed, and showing the finest offensive spirit.

‘He drove several machines down completely out of control, fighting until his ammunition was expended.’

He would later go on to become the first pilot to fly non-stop from Britain to India in 1929- a flight that took more than 50 hours. 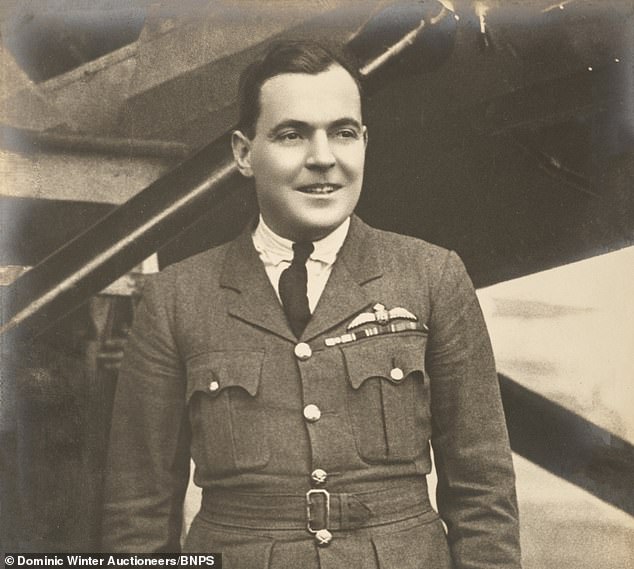