The tennis commentator and her investment banker husband Mel Coleman bought the 1960s-built four-bedroom house near Wimbledon for just £1.3million.

They then demolished the former student digs and built a six-bedroom Georgian-style mansion in its place.

And now they are set to net a tidy profit after putting it up for sale with a guide price of £6.7million, more than £5million what they paid for the original house 20 years ago.

It also has a family room, snug, study and utility room, and lies within an exclusive gated community in Kingston.

Neighbours include comedian Jimmy Tarbuck and former Wimbledon champion Sir Andy Murray tried to buy a house nearby but was out-bid. 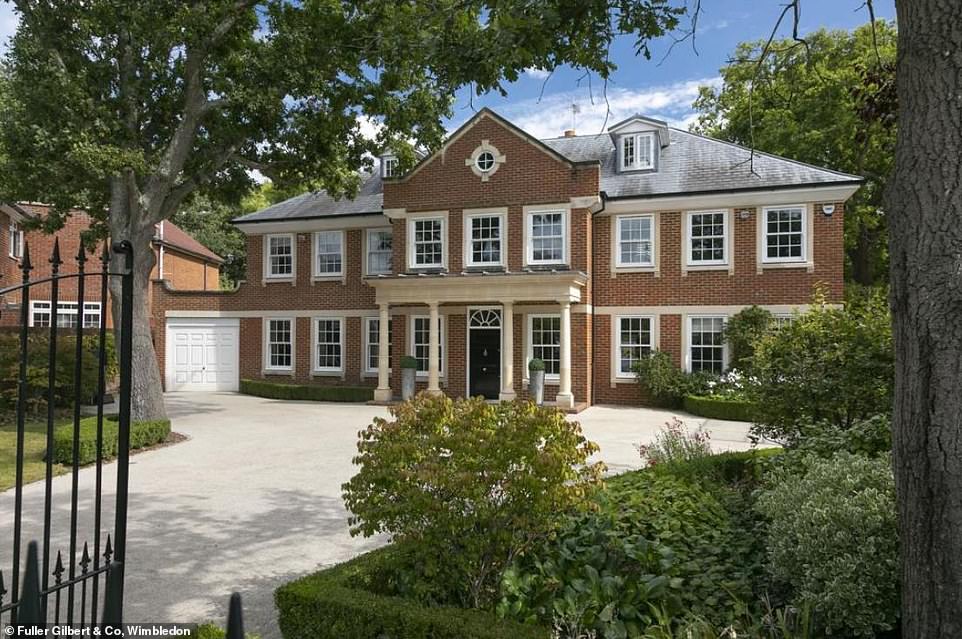