A climate change protester has been arrested for trying to confront Sir David Attenborough as he dined at a Michelin-starred fish restaurant.

Emma Smart, an activist for the campaign group Animal Rebellion, allegedly caused a disturbance at the Catch at the Old Fish Market in Weymouth, Dorset.

She was asked to leave the venue before being dragged out and detained by police.

She was also given four-month sentence for Insulate Britain’s M25 stunt in October 2021 and went on hunger strike earlier this year following a protest with 24 fellow scientists at the UK Government’s Department for Business, Energy and Industrial Strategy.

In a statement later released by Smart through Animal Rebellion, she said she targeted the restaurant as its ‘expensive menu was a symbol of excess and inequality.’ 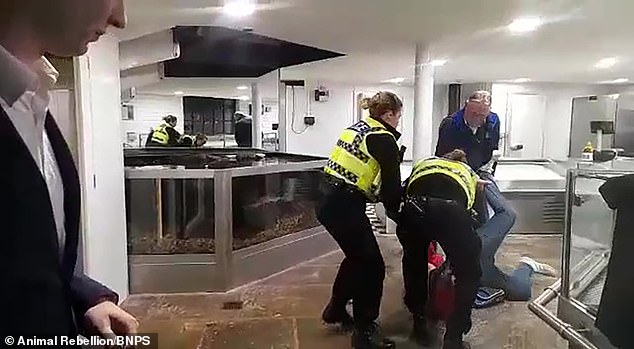