A Los Angeles judge refused to allow Harvey Weinstein’s lawyers to read out in court emails sent to him from Gavin Newsom’s now-wife Jennifer, insisting she did not want the court to ‘get into the whole details of the sex scandal.’

Jennifer Siebel Newsom, 48, spent Monday and Tuesday on the stand – the fourth woman to testify against the Hollywood producer, who is already serving a 23-year sentence in New York for rape and sexual assault.

In a tearful and at times angry account, Siebel Newsom alleged that Weinstein, now 70, raped her in 2005 at the Peninsula hotel in Beverly Hills, when she was 31 and trying to build a career as a producer and actor.

On Thursday the prosecution rested its case against Weinstein, who faces seven charges of rape and sexual assault and has pleaded not guilty.

The defense will begin their case on November 28, after the Thanksgiving break. 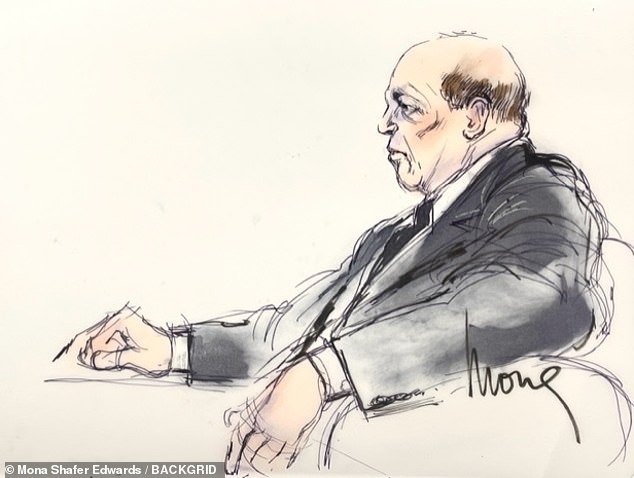 Harvey Weinstein is pictured in court on Thursday, as the prosecution rests its case. He faces seven counts of…