Amerie Jo Garza, a fourth grader at Robb Elementary, was one of 19 students confirmed to be killed Tuesday morning by Ramos, who cops say was carrying a handgun and an AR-15 during the attack that also killed two teachers in the classroom.

Her grandmother, Berlinda Irene Arreola, said the 10-year-old was killed as she tried to phone 911 while sitting next to her best friend, who ended up ‘covered in her blood.’

Arreola said Ramos told the students and staffers inside the room, ‘You’re going to die,’ before opening fire – shooting her granddaughter dead as she tried to phone for help.

‘So the gunman went in and he told the children, ‘You’re going to die,’ Berlinda told The Daily Beast.

‘And [Amerie] had her phone and she called 911. And instead of grabbing it and breaking it or taking it from her, he shot her. She was sitting right next to her best friend. Her best friend was covered in her blood.’ 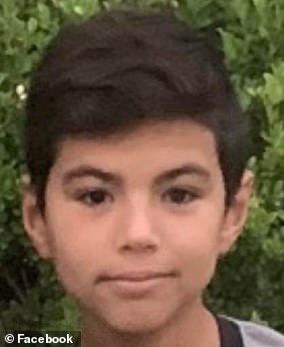