The Texas teenager who was shot by a San Antonio police officer in a McDonald’s parking lot is awake and smiling after six weeks of sedation, an emergency tracheotomy, and other surgeries.

Erik Cantu, 17, who was shot at more than 10 times by rookie officer James Brennand, 25, can be seen smiling alongside his father, Erik Cantu Sr, in the update posted to the GoFundMe earlier this month.

The fundraiser, which has raised more than $43,000 for the teenager’s medical bills, has also been used to update friends, family, and the public on his condition.

‘After 6 long weeks and by the grace of God along with all the prayers sent by the masses we are emerging victoriously from this unfortunate event,’ the update read. 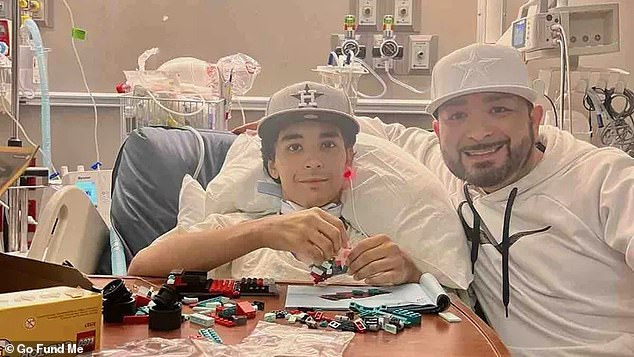 Erik Cantu, 17, is awake and smiling after weeks of being sedated and undergoing multiple surgeries for his injuries 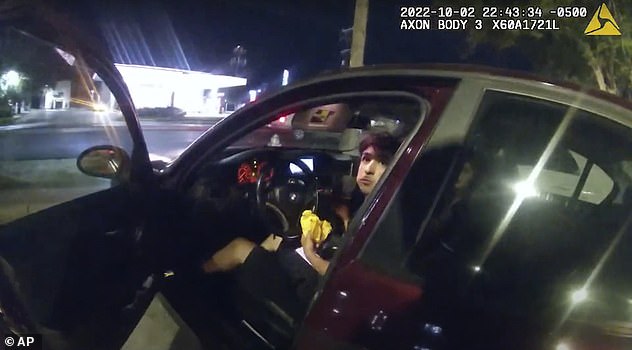 Body camera footage from the shooting on October 2 shows how Brennand fired a total of 10 shots at Cantu, who was eating McDonald’s…