The daughter of a couple filmed without their permission by a TikTok influencer has slammed the way her parents were shamed in a viral clip already viewed by millions.

Two Sundays ago the elderly couple was taking an evening stroll in Sydney, with the woman carrying a shopping bag and the man walking with a cane.

Suddenly a man who is 203cm tall (6′ 8″) and towered over them came up to ask if they could help him open a water bottle he was holding in his left hand, while his right arm was in a sling.

The couple walked by with barely a glance and the caption on the clip said ‘Don’t be the person that doesn’t help.’

The man, whose name is Luke Erwin, then turned to the camera appearing to be hurt and astonished that the couple had not even stopped for a moment. 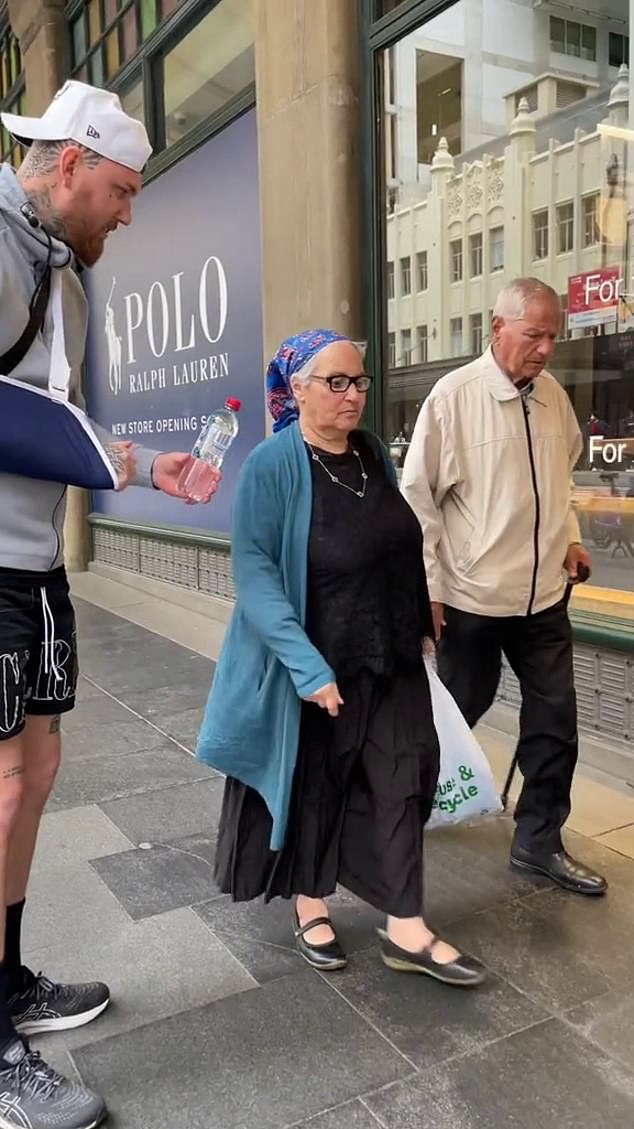 An elderly couple were asked by a 203cm man who towered over them to help him open a water bottle by pretending his arm was broken, then posted the video online, where it has been viewed millions of times