Embattled Washington Commanders owner Dan Snyder picked up a rare win in this month’s national election, thanks to the Republican victory in the house.

The congressional investigation of the club will end when GOP takes over early next year, according to the party’s ranking member of the US House Committee on Oversight and Reform that has been looking into the NFL team’s workplace culture.

‘It’s over,’ Kentucky congressman James Comer said in a brief statement, which came after The Associated Press and other outlets projected Republicans clinched a narrow majority in the House for the 118th Congress that begins meeting January 3. 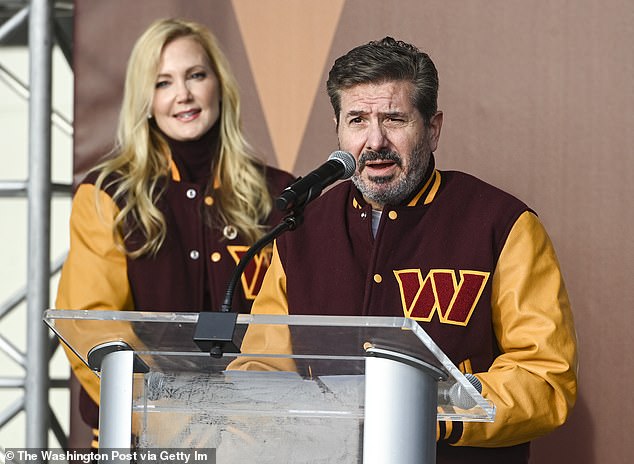 Embattled Washington Commanders owner Dan Snyder (right) picked up a rare win in this month’s national election, thanks to the Republican victory in…