A dad who was visiting his son at a special Family Weekend at Marist College was shot dead when he was caught in the crossfire as bullets flew in the lobby of the Courtyard Marriott hotel where he was staying.

Paul Kutz, 53, from Long Island, New York was caught in the mayhem of the shootout at the hotel in Poughkeepsie.

The violence suddenly began after a suspect got into an argument with workers at the hotel as he was in the lobby getting coffee on Sunday morning at 7:30am.

Two homeless men with gang ties were arrested following the shooting with police reporting finding bomb-making equipment and together with a ‘ghost gun’ rifle in the one of the rooms at the hotel. 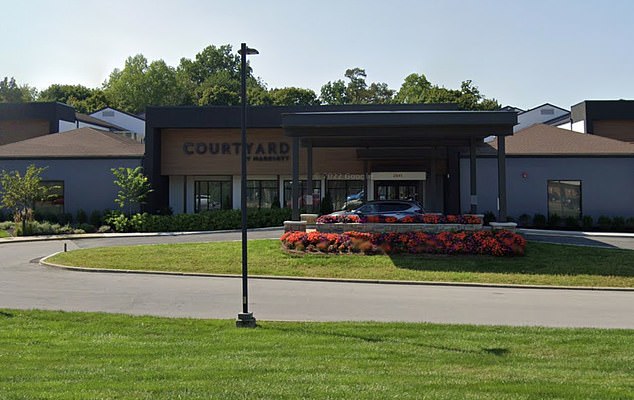 Paul Kutz, 53, was visiting his son at Marist College in Poughkeepsie, New York for Family Weekend was fatally shot in the lobby of the Courtyard Marriott hotel on Sunday morning 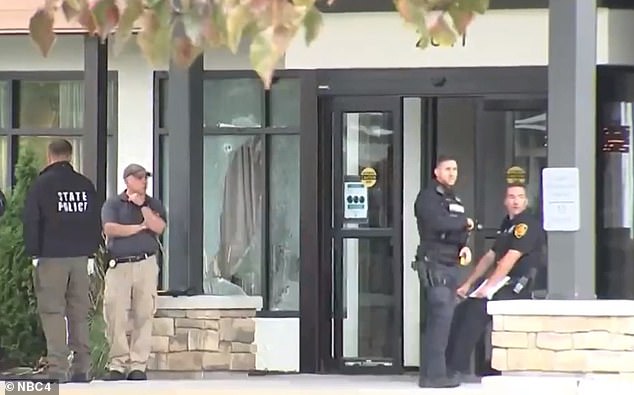 As of Monday afternoon, the hotel was still closed and guests who had been staying at the Courtyard hotel had still…