Shocking video has been released from a 2019 brawl at an Indiana White Castle restaurant that ended with two circuit court judges shot and wounded.

The video of the May 1, 2019 shooting at the downtown Indianapolis location was finally unsealed after the gunman was found guilty last week.

In the video, Clark County Circuit Court Judges Brad Jacobs and Andrew Adams are at the fast food place’s parking lot at around 3:30 in the morning on the day in question. The two judges were attending a judicial conference.

Adams and Jacobs – according to testimony in the trial of the gunman – had been ‘drinking heavily’ at various bars throughout the evening and were having a nightcap at White Castle.

The two judges, along with Crawford County Judge Sabrina Bell, saw two men drive through in an SUV. 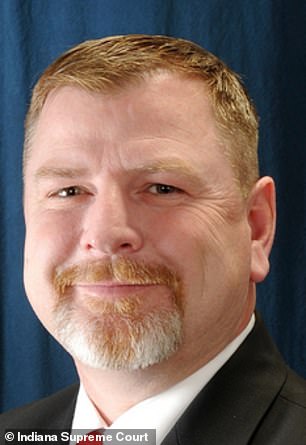 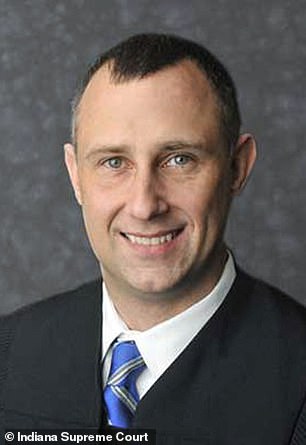 In the video, Clark County Circuit Court Judges Brad Jacobs (pictured right) and Andrew Adams (pictured left) are at the…