The scene before me is like something from the Ukrainian front line.

A huge, gnarled, rusting, lifeless steelworks — visible for miles around — stands in the middle of an industrial wastescape, sandbags piled high around its base.

A day later, the whole thing has vanished: blown to smithereens in a ball of fire and smoke.

If only some of the City spivs and self-fulfilling prophets of doom, so eagerly talking down Britain’s financial prospects, could have been here to watch the fireworks.

For if you want to see what real economic growth looks like, then this is the place to be. 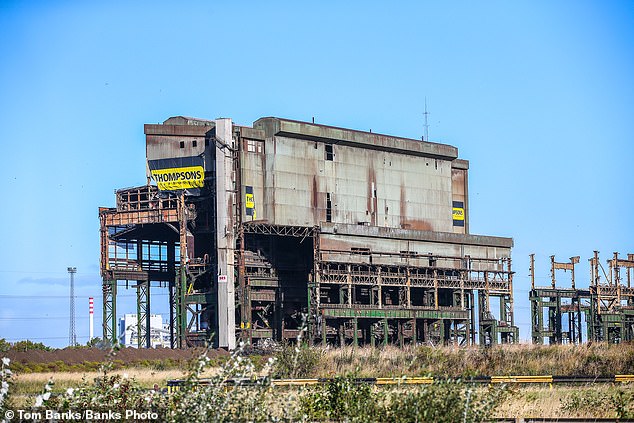 I am nowhere near the Black Sea, but next to the North Sea. In fact, I am only a short drive from the North York Moors and James Herriot country.

Nor was this any ordinary demolition. It is believed to have been the largest controlled explosion in Britain since World War II.

Bringing down the average block of flats…