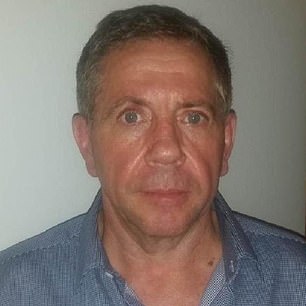 Bruce Saunders, 54, (pictured) was allegedly murdered while working on a property north of Brisbane in 2017

A woman accused of plotting the murder of her ex-partner allegedly asked her two lovers why he had not already been killed a week before his body was found in a woodchipper, a court has heard.

Brisbane Supreme Court on Tuesday heard Sharon Graham had asked her two lovers why her former partner Bruce Saunders had not been killed one week before his body was found in a woodchipper.

Gregory Lee Roser, 63, is on trial for murder after Mr Saunders, 54, died while working on a property north of Brisbane in November 2017.

Graham, 61, also pleaded not guilty to Mr Saunders’ murder but a Brisbane Supreme Court judge on Tuesday ordered she be tried separately from Roser.

He and another man, Peter Koenig, were asked to kill Mr Saunders and make it look like an accident in a bid to claim his $750,000 life insurance policy, the court has heard.

The jury has been shown police…