The mother of a 16-year-old New Zealand climate activist has lashed out at a radio host who mercilessly mocked the teen after she admitted to flying to Fiji for a holiday.

‘I listened in horror as my 16-year-old daughter had a phone conversation with someone who appeared to be bullying her, laughing at her, and talking over her,’ Ms Cook wrote for Kiwi website The Spinoff. 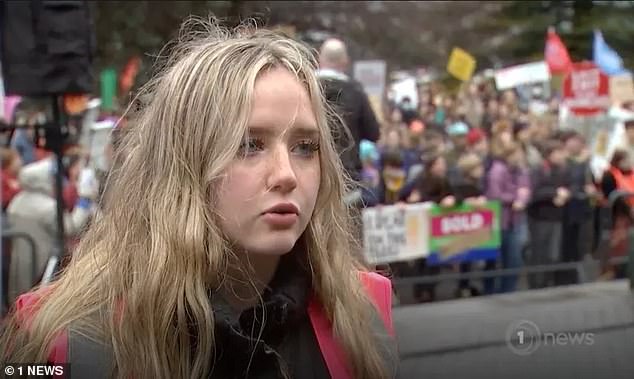 Izzy Cook, a 16-year-old school climate strike organiser from the New Zealand city of Wellington, found herself on receiving end of merciless mockery after admitting she flew to Fiji on a holiday

Under the heading of ‘Heather du Plessis-Allan should be ashamed of how she bullied my daughter’ Ms Cook said the popular radio star who interviewed her daughter did not give ‘a sh*t about climate change’.