Geelong champion Joel Selwood has retired, ending his decorated AFL career on the high of a fourth premiership.

The explosion of emotion from Geelong players when Selwood kicked a fairytale goal in the last quarter of Saturday’s grand final win over Sydney had indicated his 355th game was his final appearance.

The 34-year-old took time to weigh up his options before calling time in a press conference at GMHBA Stadium on Wednesday.

‘About six weeks ago, I decided that this would be the time to finish my playing days at the Geelong footy club – win, lose, or draw – come the end of the year,’ Selwood told reporters. 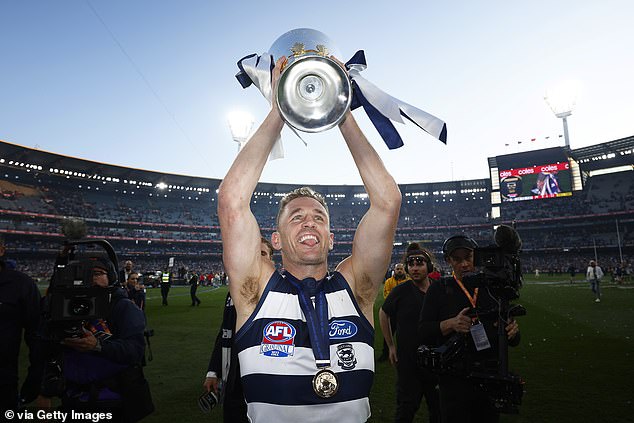 Selwood decided he’d retire about six weeks ago, regardless of how Geelong’s season finished – and now he is going out as the club’s only four-time premiership winner