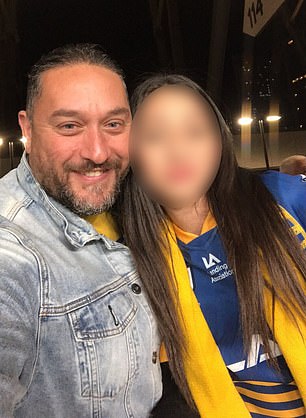 Pictured: John with his 13-year-old daughter

A furious father has slammed an Australian court for allowing a Dutch Tour de France cyclist to leave the country with only a fine after viciously assaulting his 13-year-old daughter and her friends.

Mathieu van der Poel avoided jail after attacking the girl who was playing ‘knock and run’ with her two friends, who were sisters on a joint family holiday, on his hotel room in Sydney.

The cyclist was found guilty of two charges of common assault after he knocked one girl to the ground and pushed another against a wall, grazing her elbow, at the Novotel in Brighton Le Sands on Saturday.

The father of one of the girls, named only as John, told Daily Mail Australia the cyclist should be behind bars and his daughter has been having nightmares ever since.

He said: ‘If I assaulted children, I’d be locked up in jail for a year because I can’t afford bail….