Cuba has been left in tatters after Hurricane Ian barreled through the area overnight – and is now setting its sights on Florida.

Telephone poles were ripped from the ground and strewn across the street by the 125pmh winds of the Category 3 storm.

Ian was upgraded from a Category 1 to a Category 3 overnight by the National Hurricane Center and hit Cuba’s North coast in Pinar Del Rio Province on Tuesday morning.

The slow-moving storm made landfall just south of Pinar del Rio at 4:30am on Tuesday, two hours after becoming the second major hurricane of 2022.

Terrifying footage shows trees being battered by the winds, as rain lashed down and caused flooding.

A highly destructive storm surge of 14 feet crashed into the coast of cba with flash-flood damage most severe along the path of the hurricane.

The eyewall of Ian missed the capital of Havana, passing around 70 miles west of the city, as Pinar del Rio was hit by the left eyewall. 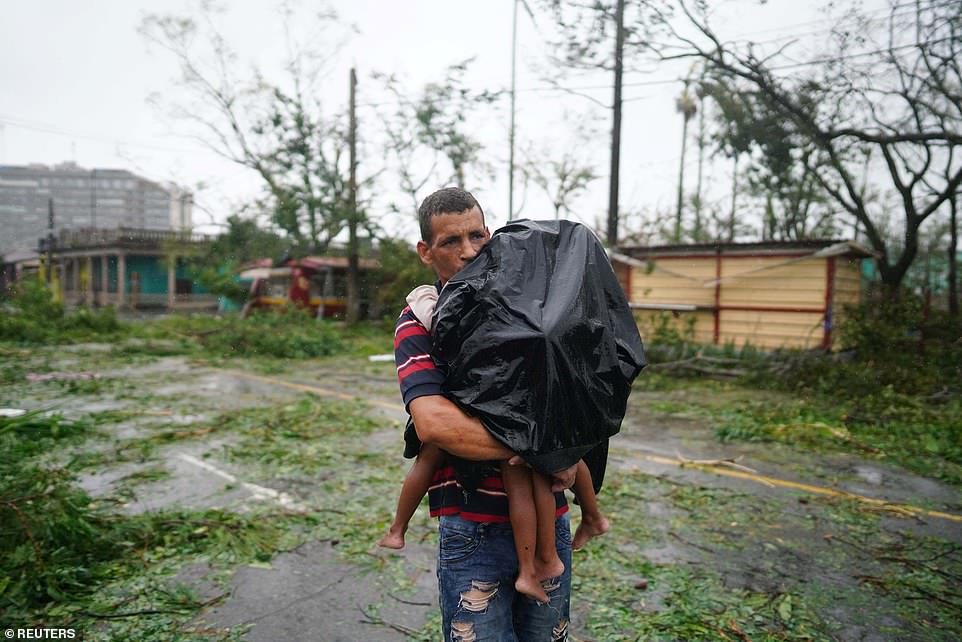