Hopes of a thaw in the ‘cold war’ between The Firm and the Sussexes emerged last night after royal insiders revealed that King Charles saw ‘tremendous flickers of hope’ when he spoke to Prince Harry and Meghan Markle at the Queen’s funeral – and even believes he might even be able to salvage the relationship with the duke and duchess.

The King’s conversations with his son and daughter-in-law at the ceremonies for the late monarch at Westminster Abbey and Windsor Castle left him feeling hopeful that he could mend relations with the Sussex after their acrimonious departure from the royal family.

An insider told The Telegraph: ‘It remains the case that the King loves both of his children.

‘Over the last 16 days or so, there were tremendous flickers of hope. In terms of the future, there is hope of a cause for unity.’ 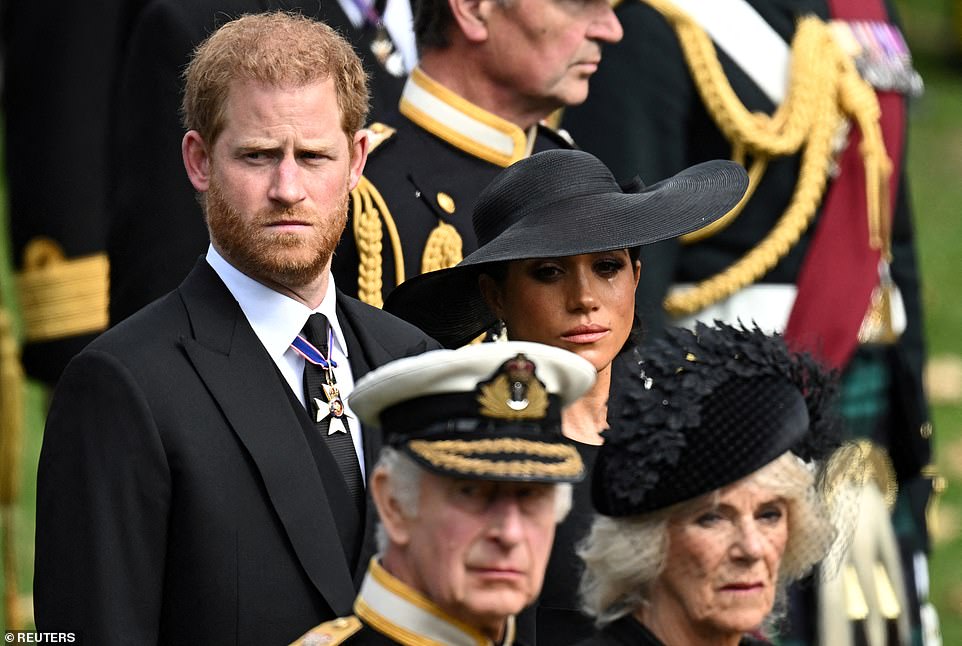