As she lay on a stretcher and was carried from the Kingsholm pitch with her broken leg in a splint and an oxygen mask helping her breathe, Abby Dow’s World Cup dream was in tatters.

The Red Roses wing, 24, has admitted as much. In April, Dow suffered a ‘horrific’ injury in England’s Six Nations win over Wales in Gloucester. Play was stopped for nearly 15 minutes while she was treated before being taken to hospital. It was Dow’s first serious injury and surgery was required.

‘I remember crying in my hospital bed as people broke the news to me that it (the World Cup) was extremely unlikely,’ she said. Dow was expected to be out for nine months. 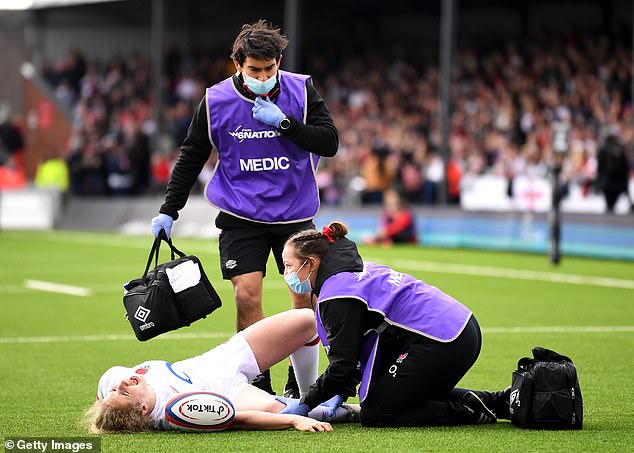 England are firm favourites for…