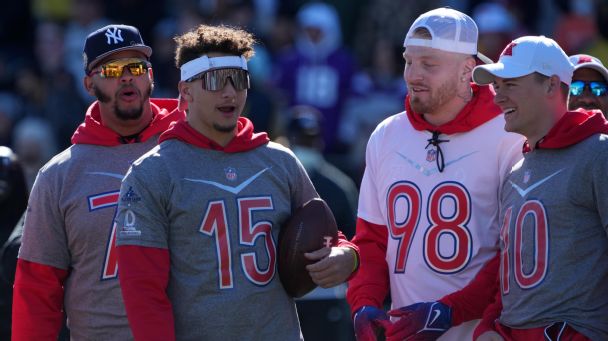 Aaron Rodgers leaned into the microphone and let it fly.

Speaking two days after the 2011 Pro Bowl, the Green Bay Packers quarterback said: “I’ll be honest with you. I was a little bit disappointed. I felt like some of the guys on the NFC side embarrassed themselves.”

The game had drawn boos at Honolulu’s Aloha Stadium for its lack of intensity, and Rodgers — who was still a few years away from having a reliably contrarian opinion — added, “I was just surprised that some of the guys either…