Russian troops have been deployed near the border with Georgia today even as the Kremlin tries to stamp out rumours that Putin is about to introduce martial law and ban people from leaving in order to avoid being conscripted into the army.

Footage geolocated to the small town of Chmi, on the main highway from Russia into Georgia’s South Ossetia region, shows at least six soldiers sitting on top of an armoured vehicle passing a queue of cars in the direction of the crossing.

Troops arrived to set up a checkpoint, sources told the Russia’s RBC network, with the FSB saying they were sent to stop people storming the crossing after miles-long queues of men trying to dodge the draft built up.

But it raised fears that Putin is preparing to seal Russia’s borders to stop men fleeing the draft, amid reports that 260,000 have fled in just five days. 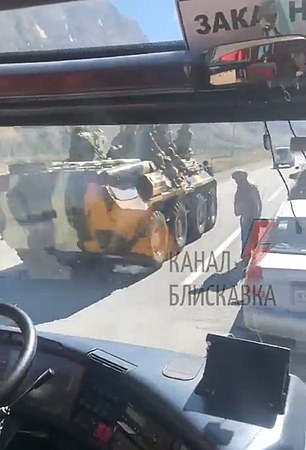 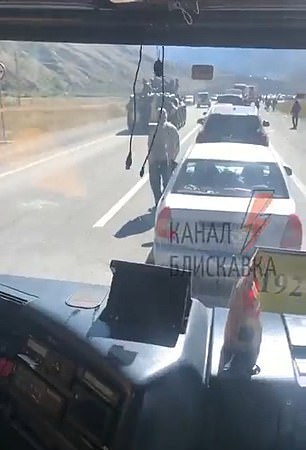