England and Germany played out a thrilling 3-3 draw to finish their Nations League campaigns at Wembley on Monday night.

The visitors went two goals up early in the second half through an Ilkay Gundogan penalty and a fine Kai Havertz strike but England hit back in stunning fashion as quick-fire goals from Luke Shaw, Mason Mount and a Harry Kane penalty put Gareth Southgate’s men 3-2 up.

However, a late Nick Pope error allowed Havertz to pounce for his second of the game to rescue a point for Germany, which ensured that England will enter this year’s World Cup without a win in their last six matches.

Sportsmail’s Dominic King rated the players from both sides at Wembley. 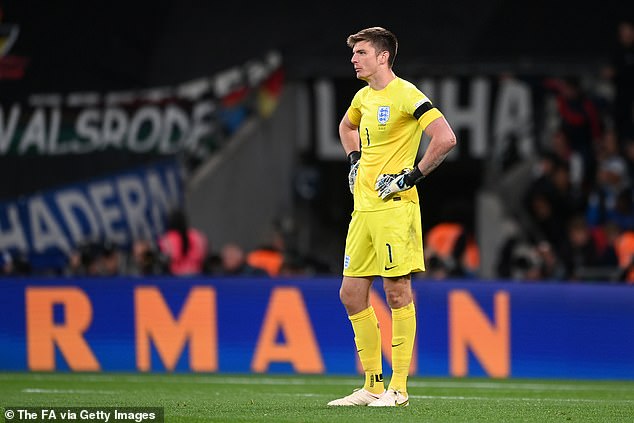