A brutal mugging on the Chicago El caught on video shows an older man bleeding profusely after two attackers rifled his pockets for cash before one hits him on the head with a full wine bottle.

The victim is shown sitting on the Red line just after 2 a.m. on September 24 when a bearded man and another suspect wearing a ski mask confront him on the Chicago Transit Authority train as it heads to the 95th Street/Dan Ryan station.

The bearded aggressor and his partner surround the man, demanding to see his identification and then start patting down the victim’s pockets causing him to draw back.

‘Where’s your wallet,’ one attacker says. ‘Let me see your ID.’

One of the attackers pulls a full bottle of white wine from his jacket pocket as the other dips his hand in and pulls out what appears to be cash and some cards. 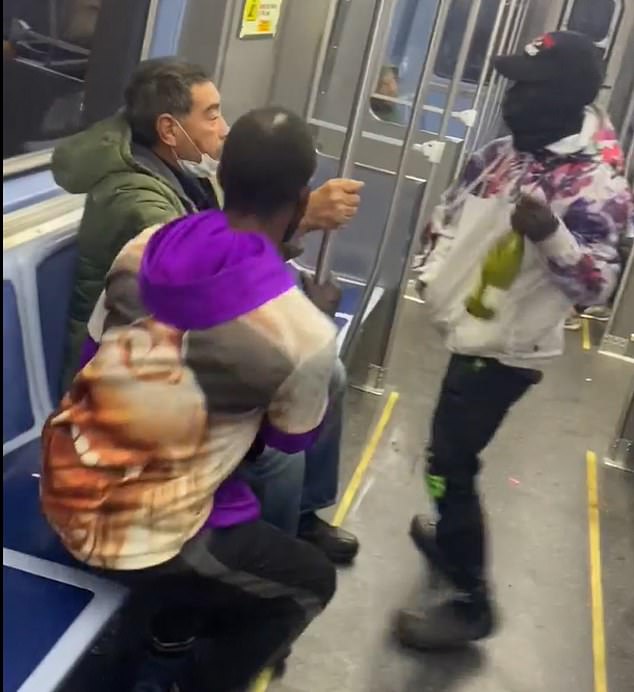 The thieves rifle through the victim’s pockets in this video still, grabbing his wine bottle and taking his cash 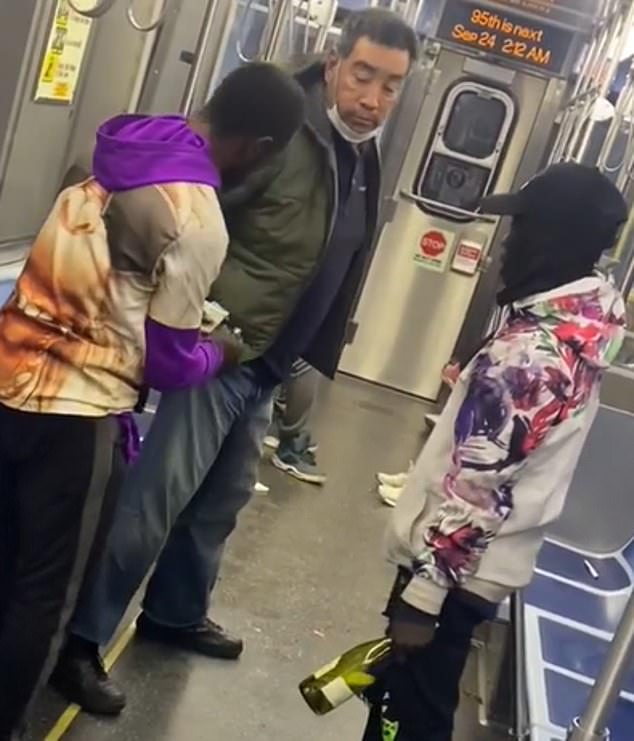