By Adam Solomons For Mailonline 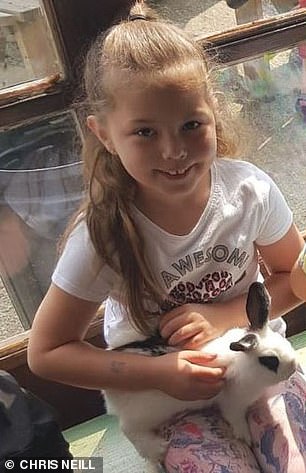 Olivia, nine, was shot dead in her own home as a hitman targeted Joseph Nee, 35