The four – two women and two men – were caught on surveillance camera footage walking through Manhattan at 2:30am on September 9.

They used a ‘paint marker type instrument’ to deface the bull’s forehead, according to NYPD.

The graffiti has since been removed. 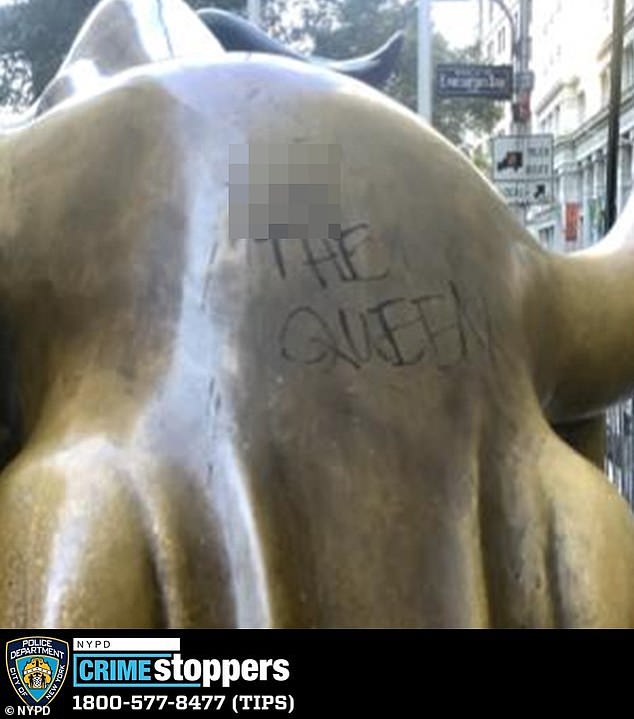 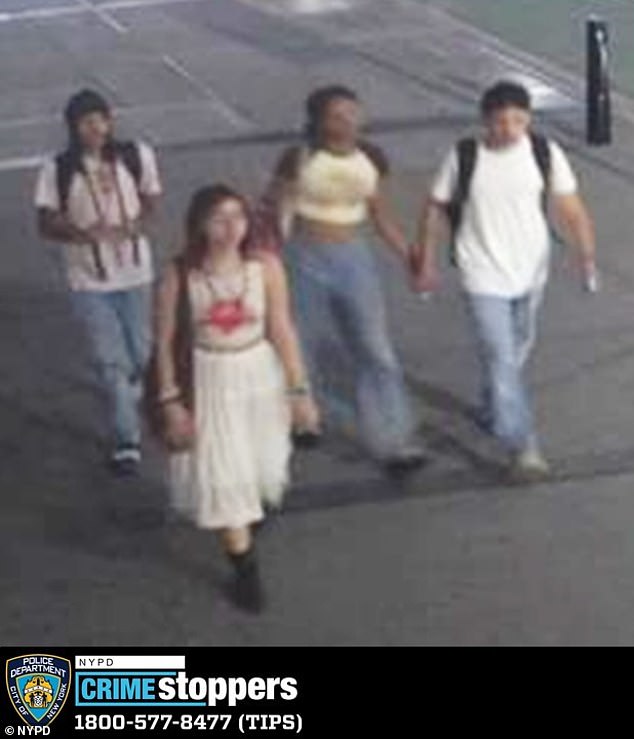 Four people (pictured) are being sought in connection with the…