Vladimir Putin could not be clearer. ‘I am not bluffing,’ he said, in relation to his threat to go nuclear. But is he? And does it automatically follow that Armageddon would unfold if Putin launched the first nuclear bombs the world has seen since 1945?

The good news is that Putin can’t start World War III by simply jabbing a red button on his desk in the Kremlin. If he decides to launch an attack, the order has to go through at least three layers of checks put in place to prevent the accidental or unauthorised launch of nuclear missiles.

Even after travelling down this chain of command, the launches would not follow instantly. 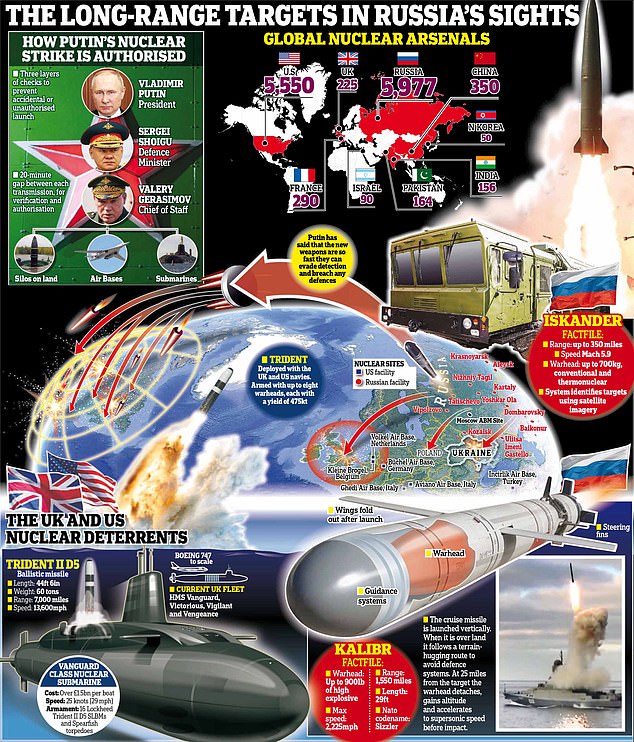 Unless there has been a change in the standard protocols since Russia invaded Ukraine, there would be a…