The driver of the bus that was barreled off a highway carrying 27 private school girls has been hailed a hero for saving their lives.

Students and four staff from Loreto College, Ballarat, were travelling along Victoria’s Western Highway in the early hours of Wednesday morning when their bus slowed to avoid a crash and before being struck by a truck.

The vehicle rolled down an embankment just after 3.20am but there were no deaths in large part thanks to the bus driver’s heroic actions.

Trevor Oliver, owner of the tow truck company that attended the scene, told the ABC the driver ensured every girl was safely out of harm’s way despite being injured himself.

‘How he survived is amazing. He refused to go to hospital until every girl had left that accident scene,’ he said.

‘It was like the captain of the ship going down.’ 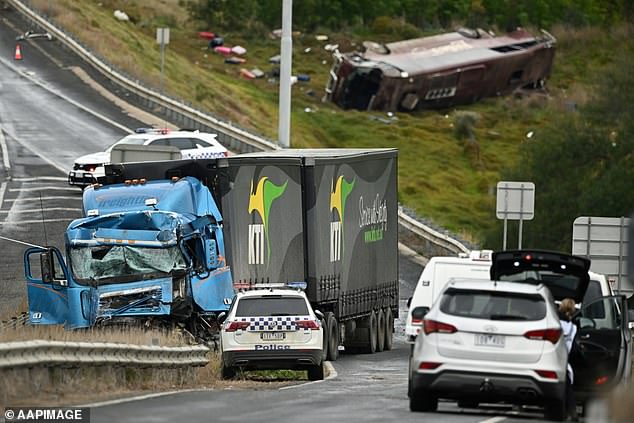