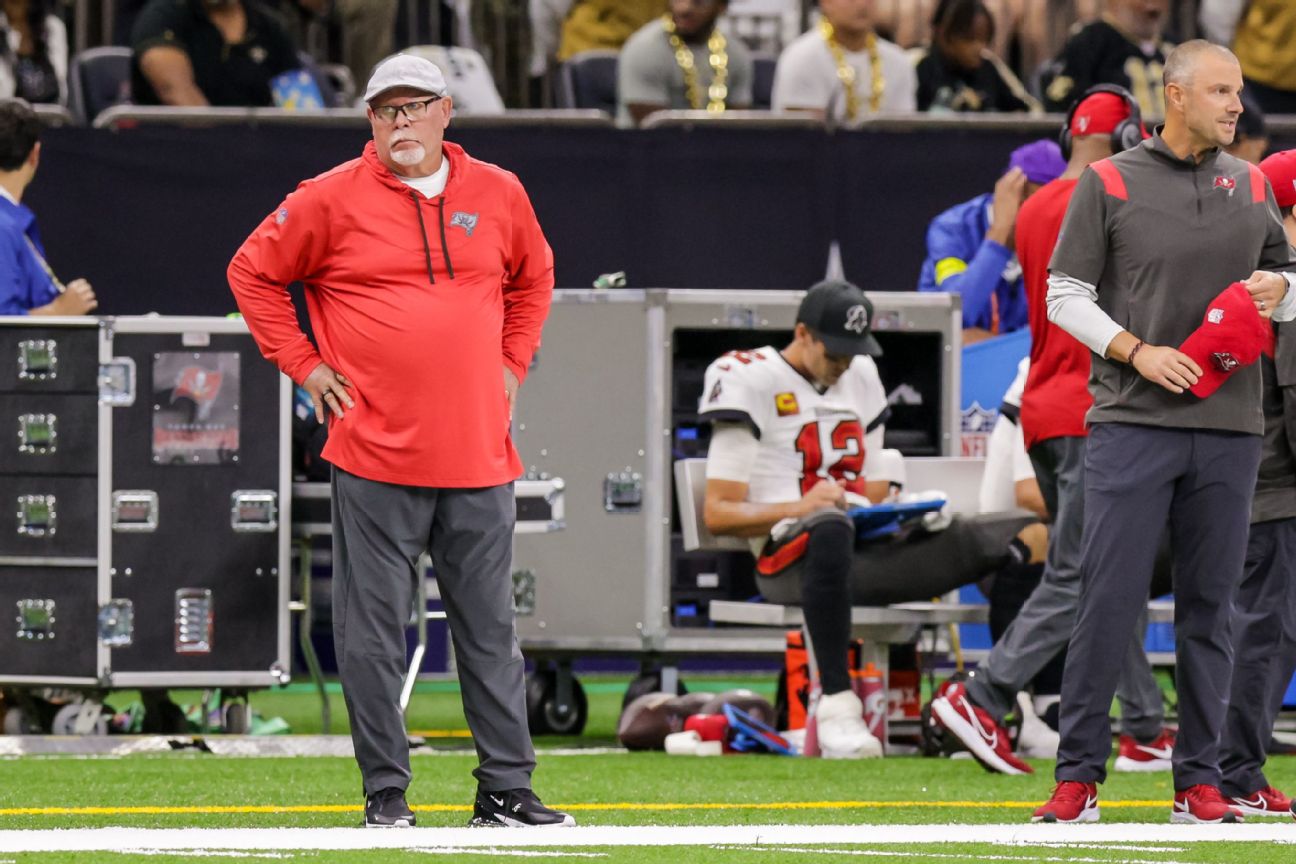 TAMPA, Fla. — The NFL sent former Tampa Bay Buccaneers head coach Bruce Arians a warning about his conduct on the sideline in Sunday’s game against the New Orleans Saints, telling him future similar conduct will result in discipline for him and the club, a source told ESPN on Wednesday.

Arians, who now works in the Bucs’ front office as senior assistant to general manager Jason Licht, was on the sideline during the Bucs’ 20-10 win over the Saints, and grew very animated when cornerback