A Tennessee man hoping to nab a Guinness World Record for driving fast has gotten it backwards.

Speed demon, Scot Burner, 53, of Nashville earned his place in the catalogue of dubious achievements for hitting a top speed of 47 MPH for a complete mile in reverse gear.

Burner’s YouTube channel — Always in Reverse — is dedicated to driving fast the wrong way, testing out Kias, Pontiacs, Mustangs and even a Tesla for their backward performance.

It was his 2017 Chevy Corvette, however, that got him over the finish line to break the previous record, set in 2012.

This summer, on June 15, Burner hit the track at the National Corvette Museum in Bowling Green, Kentucky, a course that met all the requirements for the record book. 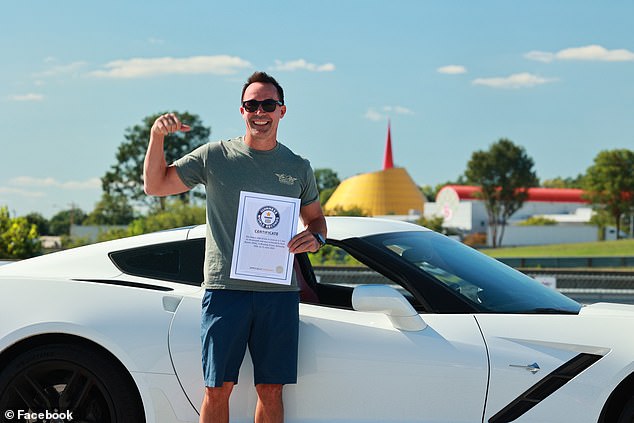 Scot Burner, of Nashville, Tennessee, flexes his American car muscle after his 2017 Corvette Stingray broke the speed record for driving in reverse 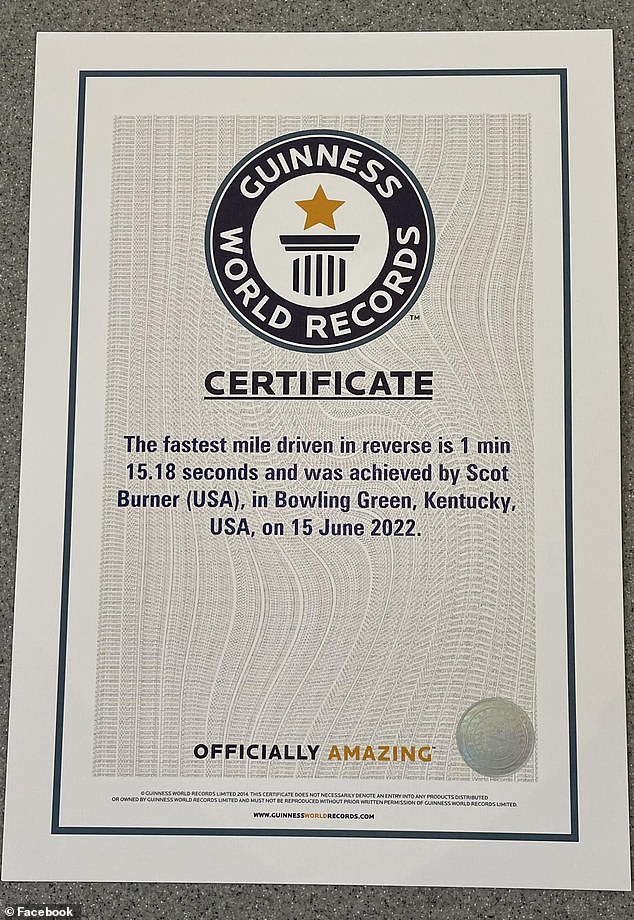 Officially Amazing: Guinness certified that Burner clocked a mile in 1 minute 15.18 seconds at the…