A former MasterChef star has been spared jail after he was caught drug-driving his Mercedes and carrying just under a quarter-kilo of cannabis.

The top chef Keelan Burton, who appeared as a contestant on BBC’s MasterChef: The Professionals in 2018, appeared in Nottingham Crown Court today where he was sentenced for possessing cannabis with the intent to supply.

The 28-year-old from Cinderhill, in Nottingham, pleaded guilty to the charges after police saw him accelerating away from their unmarked car on May 9 2020.

He was later stopped by an officer who found another man in the back of Burton’s car and a woman in the front passenger seat where there was a strong smell of cannabis in the vehicle. 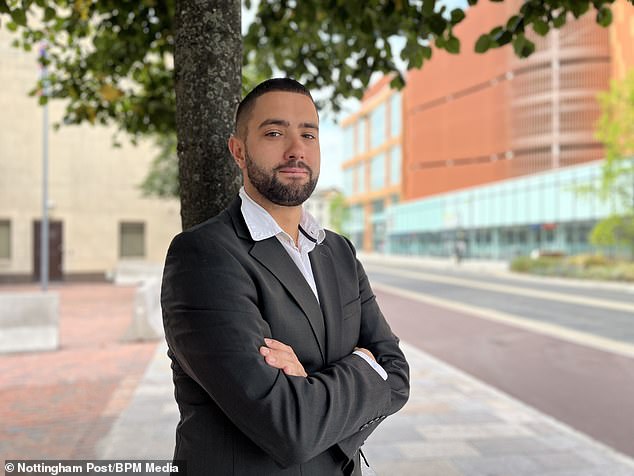 Former MasterChef star Keelan Burton, 28, pictured outside Nottingham Crown Court today. Burton was sparred jail after he was caught drug-driving with just under a quarter-kilo of cannabis. He pleaded guilty to the charges of possessing cannabis with the intent to supply