Justin Trudeau has arrived in New York City for the 77th UN General Assembly just a day after a video emerged showing him singing Bohemian Rhapsody at a London Hotel before attending Queen Elizabeth II’s funeral.

The Canadian Prime Minister is set to face fellow world leaders hours after it was revealed that he was happily singing the Queen hit at the swanky Corinthian Hotel just two days before the Queen’s funeral.

Trudeau’s impromptu performance was criticized as tone-deaf amid the official mourning period in the UK and Commonwealth over the late monarch.

A spokesperson for Trudeau defended the incident, stating that the singing was part of a dinner where Canada’s delegation was paying tribute to Queen Elizabeth. 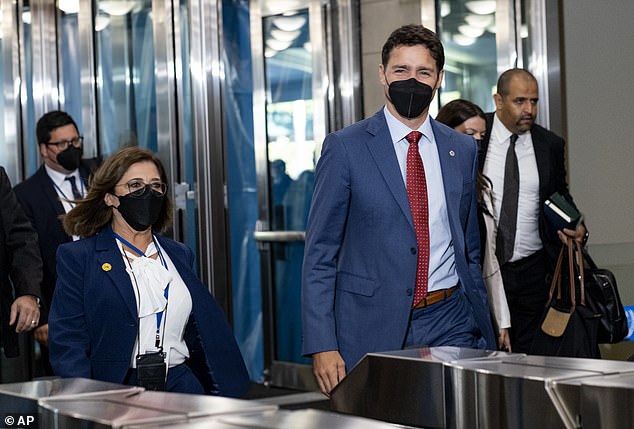 Justin Trudeau (right), arrived at the 77th UN General Assembly, in New York City, on Tuesday. He will face world leaders just a day after a video of him was released depicting him singing cheerfully at a swanky London Hotel two days before Queen…