A man is claiming to have beaten a world record by visiting 67 pubs in one day.

Recruitment account manager Nathan Crimp, 22, walked more than 18 miles during his pub crawl which started at 11am on Saturday.

Mr Crimp said he was sponsored to complete his challenge to raise money for Dogs Trust in memory of his former Staffordshire Bull Terrier, Kara, who developed cancer in October 2020 and had to be put down.

The epic challenge began in Brighton, East Sussex, with Mr Crimp having a single drink in each bar before moving on. He rotated between lager, beer, and shots as well as non-alcoholic drinks, keeping a receipt in each hostelry as evidence of his achievement. 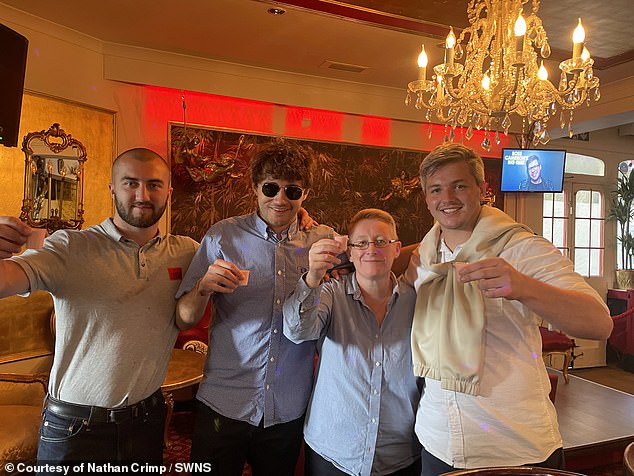 Nathan Crimp, pictured with sunglasses claims to have beaten the Guinness World record for the most pubs visited by an individual within a 24-hour period 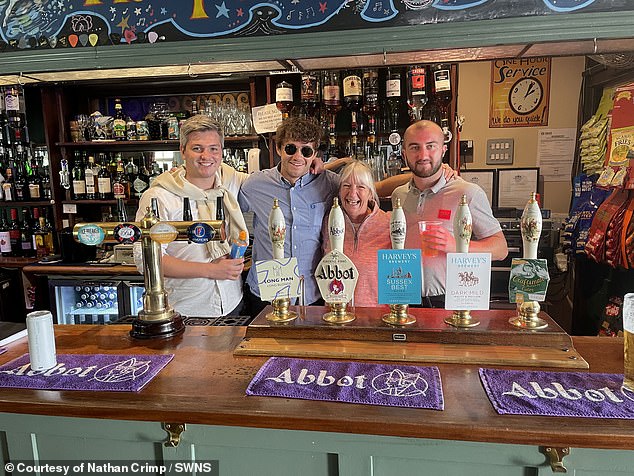 Luckily for Mr Crimp, participants in the challenge do not have to drink alcohol. They have to keep a logbook signed by a staff member in each…